Thank you, Sharon Krukoff and George Wachtel! WordCom is thankful for our service members, past and present. In honor of Veterans Day, we had the pleasure of hearing a story from George’s wife about his service and had a wonderful Q&A with Sharon about her time in the Air Force. Thank you to all our veterans; our country wouldn’t be the same without you.

What branch of the service were you in and how long did you serve?
I was in the Air Force for over 20 years. I was getting close to retirement when 9/11 happened and my service was extended 2 more years.

What was your favorite job during your time in service?
For some reason, kids don’t say “I want to be an air traffic controller when I grow up”—but it happened to be the greatest profession I never dreamed of, lol! I have worked in a few air control towers, but most of my career was spent working in radar rooms. It’s a thrilling job that poses different challenges every day. I can honestly say I loved every minute of it.

Where was the best post/place you lived?
I have traveled the globe, lived in Okinawa Japan, Germany, and Turkey, I was deployed to Norway, Saudi Arabia, Egypt, Diego Garcia, and Iraq. I also had the pleasure of vacationing in some pretty exotic places. While each part of the world has a special beauty to it, if I were to revisit a place I have already been, it would be Germany…and Norway—two places I hold dear, not just because of the gorgeous landscape and beautiful traditions, but also because of the people.

Any lessons learned to share with us?
So many lessons learned along the way… of course many came a little too late (with maturity), but I can say the military forced me to learn a few things. First, to cope. Life isn’t going to be perfect every day, you should take steps to change things, make it better, but sometimes you just have to cope. The second lesson is about the true meaning of teamwork. I’m not sure I can put it in words, but being on a great team is powerful and empowering at the same time. Third, there’s no place like home! Overall, the greatest lesson I learned is that the USA truly is the melting pot of the world, we’re a young country with so much potential and there’s no other place I’d rather live. No matter what, I’m proud to be an American.

What drives you?
I just want to live life to the fullest. Strive for excellence in everything I do, love passionately, be adventurous and feel free to roll along with the curves and take some turns as life presents them. 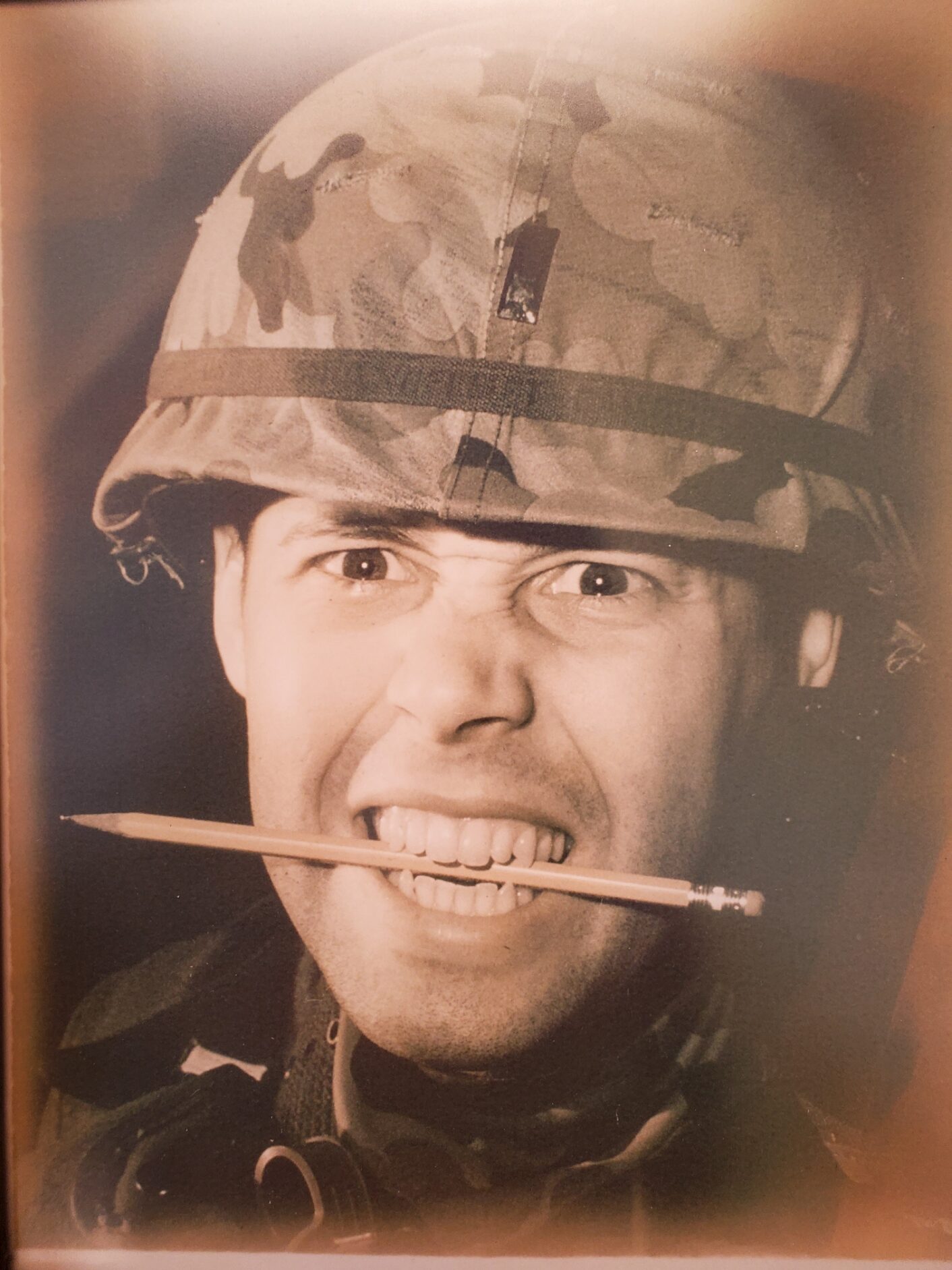 George joined ROTC while a student at Hofstra university. Upon graduation, he was commissioned as a second lieutenant in the US Army. Since he was an English major, he did not fit in to any specific Army category, so he ended up in the Public Relations area—which he had no idea existed. This was during the Vietnam conflict, and while most of his group went to Vietnam, he was one of two who were sent to South Korea. He spent a year at Camp Casey, which is close to the DMZ. He was the Public Information Officer for the base and was in charge of putting out the post newspaper—The Stars And Stripes—as well as press releases… hence the photo with the pencil. He was also responsible for doing cartoons for each edition and created a character called “Grunt,” which was the name given to the enlisted guys. He reached the rank of first lieutenant and separated from the Army when he completed his commitment. He served in the reserves after.